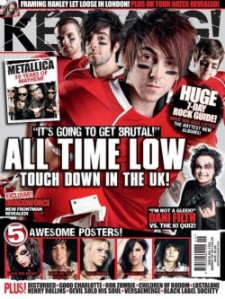 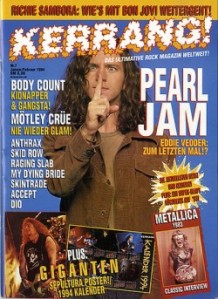 The Twitterverse was awash with controversy yesterday but not because of the US Censorship debate, oh no, this was much more serious – it was the announcement that Chase and Status are on the bill for the Download Festival!

For those of you who have been living under a rock for the past decade or so the Download Festival has been rocking Donington Park since the Monsters of Rock Festival took a long Sabbatical. Yes, Download a heavy rock, metal, glam, punk-fest is putting on a bunch of dub-step/RnB producers on its line up alongside Black Sabbath and Metallica. Are the organisers off their trolley or have the genre-blurring music press bullied them into ‘diversifying’ the same way they have been watering their collective publications down over the past decade.

Youngsters may wonder why I’m so fucking mad. Well listen here nippers, it’s because I remember a time when NME provided your indie kicks, Kerrang! was an alternative/heavy rock magazine, and Metal Hammer was strictly heavy fuckin’ metal. It worked perfectly well because you knew what you were getting. Now those lines have become a little blurry and it seems the festivals are following suit.

Glastonbury was the first to turn, diversifying from a rock/folk/indie festival to first cater for the dance scene and more recently into a full on pop festival where pill-popping teenagers can mix with seven and seventy year olds alike. Glastonbury used to be the festival of the summer but not any longer. It’s sunk into the depths of commercial overkill under its own hype.

Maybe it’s just me? Maybe in the final days of my twenties I’m now too old to understand but to me it seems there’s a movement to shelter all types of popular music under the same umbrella? It’s as if sorting acts into genres has become a social taboo and labelling someone a ‘Goth’, ‘Emo’, ‘Trendy’ or ‘Metal Head’ is politically incorrect. Well fuck political correctness! I liked clear-cut boundaries I used to love hanging with the ‘Goths’ at school, smoking pot with the ‘grungers’ and drinking Stella with the Indie boys. I was a social chameleon and loved taking it all in but now it seems everyone else is too.

So maybe that’s my problem, the fact that everybody else is more than happy to take in a little of everything? Well yes but only because in doing so it’s watered down our diverse culture. Look what it’s doing to our music festivals – they’re experiencing a personality meltdown! It makes me wonder where it will end. Maybe next summer we’ll see Megadeth at Reading, Rihanna at Download and Daft Punk at Monsters of Rock?

Ok, I’m glad I got that off my chest but what do you think?